According to the leaks, Redmi is hosting an event on May 26, next Wednesday in China. Unfortunately, the company has not revealed how many products it will announce, but among them will be the Redmi Note 10 Ultra smartphone, which has appeared in a few posters that Redmi has shared on the Weibo website. 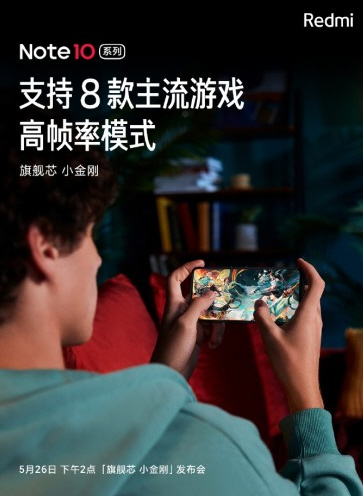 Knowing, Redmi did not mention any final details about the name of the phone, but many reports expected that this phone will be the Redmi Note 10 Ultra.

According to the source, the Redmi Note 10 Ultra will come with a 6.53-inch AMOLED screen. It will also be powered by the Dimensity 1100 processor, a large 5000 mAh battery with a 33W charger, and support for 5G networks.

Redmi Note 10 Ultra will come with a 108MP rear camera, and there is no further information regarding this phone’s camera yet. There will be a side-mounted fingerprint sensor.

As for the price of the Redmi Note 10 Ultra. The basic variant was listed, specifically a version of 8 GB of RAM + 128 GB of internal storage, at a price of 1799 Chinese yuan, equivalent to approximately 280 US dollars or 230 euros.