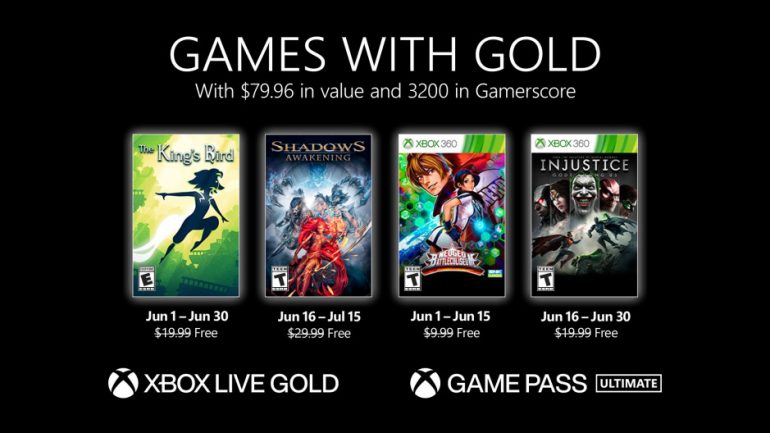 The last period witnessed leaks talking about the fact that the Xbox Conference at E3 2021 will be held on June 13, and regardless of the company’s preparations for the largest video game event in the world, the list of Xbox Live Gold free games for June 2021 was recently revealed.

Everyone can now play free games on Xbox without Gold subscription, according to the company’s previous announcement, and today we got the full list of free games for the Xbox Live Gold service, which offers a variety of experiences, whether you want to transform into a superhero and fight raging battles in Injustice or deal with adventures Don’t forget in The King’s Bird.

NeoGeo Battle Coliseum from June 1 to 15.

According to Microsoft, free games for Xbox Live Gold subscribers in May will be worth around $ 80 on Xbox Series, Xbox One, and Xbox 360, while players can still enjoy the May games list available until early June.