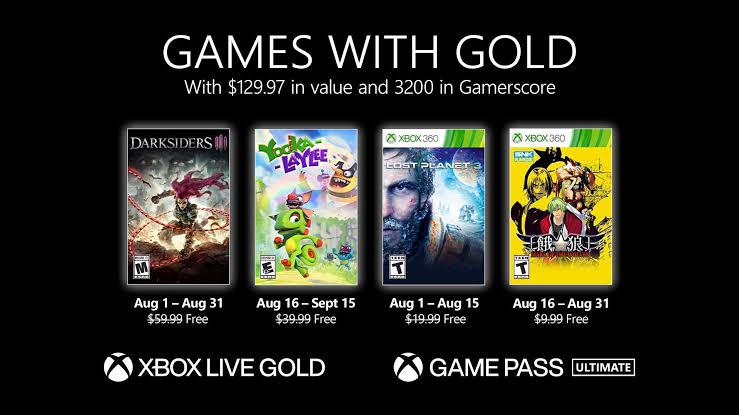 Microsoft recently shared with us new news confirming that GTA 5 will leave Xbox Game Pass soon, and as usual before the beginning of each month, the company just unveiled the list of free Xbox Live Gold games for August 2021 that provides subscribers with different adventures on the previous and current generation.

According to Microsoft, the games available for free to Xbox Live Gold subscribers in August are about $130 on Xbox Series, Xbox One, and Xbox 360, while players can still enjoy the July slate of games available through the beginning of August.