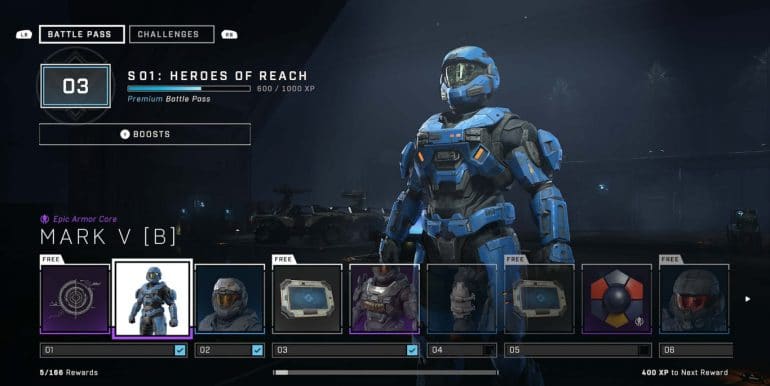 Yesterday we learned that the developer of Halo Infinite is working on a Battle Pass subscription issue at the moment after players complained about the slow progression process preventing them from enjoying the title’s events, and it didn’t take long for Studio 343 Industries to share a list of upcoming changes based on the players themselves’ suggestions.

John Junyszek, Director of Player Communities at 343 Industries, spoke on Twitter to confirm the addition of a new challenge to play a single multiplayer match in Halo Infinite starting later this week, encouraging players to participate in the type of matches they prefer without restrictions.

John also confirmed that the Halo Infinite developers will be removing some weekly challenges based on player feedback, and the development team will also be working on tweaking existing weekly challenges in ways that they hope will speed up progress through the Battle Pass.

Finally, double XP rewards will be extended from half an hour to a full hour, giving players more time to take advantage of the XP boost to progress faster. Promises that there will be constant changes and modifications in the future based on their feedback.

It is noteworthy that Halo Infinite is officially released on December 8 on Xbox One, Xbox Series and PC, while the multiplayer mode was launched earlier during the celebration of the 20th anniversary of the release of the series for the first time, and is currently available to try completely free of charge.