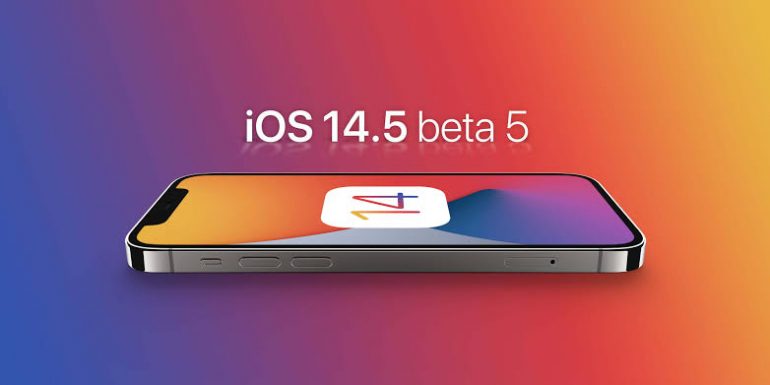 The update was mainly released for bug fixing purposes so you will find it as a small update with minor changes. iOS 14.5 and iPadOS 14.5 have been in beta for a long time now, and soon everyone will be released. It is a big update in iteration of iOS 14 after the release of iOS14. IOS 14.5 beta 5 and iPadOS 14.5 beta 5 updates are currently available to developers but will soon be available to general testers as well.

Now if we talk about the changes and what’s new in the update, there is not much to talk about. This is a small update that fixes some known bugs. If your iPhone has any bugs, you can expect it to be fixed in the latest iOS 14.5 beta 5 and iPadOS 14.5 beta 5 updates.

The update is available for developers and soon it will also be available for general testers. So, if you are a beta tester and are already using iOS 14.5 Beta 4 or iPadOS 14.5 Beta 4, you can expect the update to be available directly on your phone. You can check for update manually by going to Settings> Software Update. Press the Download and Install button to get the latest update on your iPhone / iPad.

But if your iPhone or iPad is running on a generic version, you won’t receive the update. Thus, you need to install the trial profile to get the update on your iDevice.

Then scroll down a bit and tap Sign in if you have an Apple ID.

On the next page, select the correct operating system for your devices like iOS 14 or iPadOS 14.

Scroll down to Get started and tap Register your iOS device.

Now you need to install a profile from the following page. For this, click on Download Profile.

After installing the profile, restart your device. And you are ready to install iOS 14.5 beta 5 on your iPhone.

After installing the beta profile, you can go to Settings> Software Update to install the latest update on your iPhone or iPad. You can also install iOS 14.5 Beta 5 with the full IPSW file using Finder or iTunes.