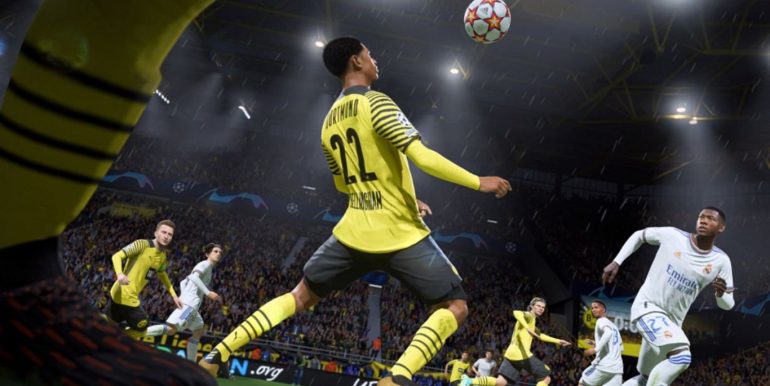 The past period witnessed a great deal of confusion regarding the availability of FIFA 22 for Game Pass Ultimate, and the reason is the Xbox Store, which indicated that the game is available for Xbox Game Pass, although it has not yet been available, and regardless of these reports, an update on the Microsoft Store indicates that Battlefield 2042 and FIFA 22 may be on its way to Xbox Game Pass.

To put things in perspective, this information has not been officially confirmed by Microsoft or EA, so treat that information as unconfirmed rumors until proven otherwise, and the reason for these reports is that both games currently carry the Xbox Game Pass logo On the Microsoft Store, which can be considered a hint of their availability within the May 2022 games.

With FIFA 22 releasing in October 2021 and Battlefield 2042 in November, this means that the two games are only six months old should they actually join the Game Pass library soon, but it’s not the first time a soccer game has been available on this exact date.

If true, this means that the FIFA 22 football game will witness a strong revival in the number of players in the month of May, whether on PlayStation or Xbox thanks to the availability of the game for PS Plus and Xbox Game Pass Ultimate subscribers alike, which will contribute to raising revenues EA is largely from the purchasing systems, and the same situation is with regard to the Battlefield game, which has suffered from an unprecedented decline in the number of players in the past period.