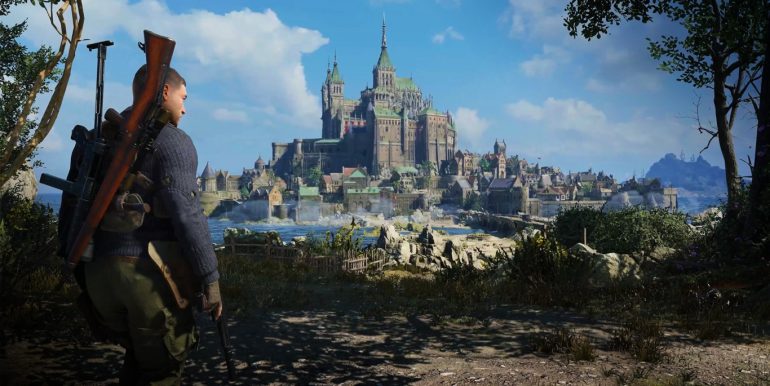 After Sniper Elite 5 was announced for major devices last December, studio Rebellion is back moments ago and has revealed the final release date along with now beginning to receive pre-orders.

The events take place this time in France in 1944, and according to the statements of Rebellion, the game will witness huge improvements in terms of graphics, gameplay mechanics and new usable items, to name but not limited to, the X-ray camera that depicts bullets penetrating the bodies of enemies with pinpoint accuracy has been improved as it expands To include other weapons and even pistols, bone smashing physics has been improved, more cinematic scenes added and in-depth weapon customization options.

Operation Kraken must be destroyed. Pre-order the Sniper Elite 5 now and get the bonus Target Führer mission and P1938 pistol.

As usual in recent series releases, there will be plenty of online multiplayer, with the ability to conquer other players’ stories as an enemy sniper (as in the Deathloop) or take part in massive competitions on a larger scale with 16 players, and co-op. Allows you to withstand waves of enemies in the company of three other players.

Sniper Elite 5 will be released on Xbox Series X, Xbox Series S, Xbox One, PS5, PS4, and PC through the Epic Games Store, Steam and Microsoft Store on May 26, 2022, and is available for Xbox Game Pass on launch day.