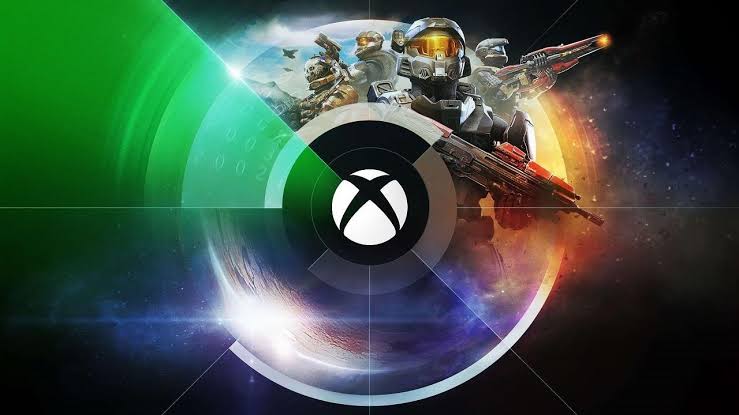 The Xbox conference has just ended at Gamescom 2021, which witnessed a group of reviews of the most anticipated titles, whether from first or third-party studios, and here is a summary of all that came in the 90-minute event.

Microsoft’s support for Microsoft Flight Simulator continues with periodic updates that will provide players with new aircraft such as the Volocopter and first-time cities to visit such as Germany, Austria and Switzerland, in addition to the Reno Air Racing event, which will be available later this fall.

Microsoft continues to support Xbox Game Pass with more premium indie titles on launch day, and this time Xbox owners will get a list of Humble Games games that got a special promotion.

While everyone is looking forward to the launch of Age of Empires 4 next October on PC, Microsoft has decided to share with us a realistic demo of some of the war machines that players will rely on to destroy opponents’ defenses, specifically the catapult used to bombard the camps with huge stones.

One of the new reviews was the classic Into the Pit, which got a special trailer with a confirmed October 19 launch date on Xbox Game Pass just like many other Humble Games.

The game focuses on the use of black magic in a dark world through the mechanics of the roguelite titles and promises an exciting experience similar to the most prominent classic shooter games.

The Cult of the Holy Detonation expansion for Wasteland 3 offers entry to the Cheyenne Mountain complex, filled with new characters, enemies, challenging combat encounters, and powerful new weapons and armor.

Your team will be tested like never before in objective-based encounters that put a creative twist on tactical combat. As you face massive possibilities as players need to shut down reactors, ventilation systems, and take defensive countermeasures to stop the endless tide of mutants and dangerous machines inside the military bunker.

After a period of absence, the survival game is back with an announcement of the original Trumbull Valley map coming to State of Decay 2: Juggernaut Edition, available on September 1 in an update titled Homecoming.

Announcing the next Stray Blade game in 2022

Prove yourself in this RPG that forces you to master combat while exploring the ancient ruins of a mysterious civilization. Legends tell of Acrea the Lost Valley, a mysterious wilderness where unfamiliar events happen and you must prepare to face your destiny with all your strength and courage.

More details on Stray Blade will come later, while the game has received an initial release date sometime next year.

Microsoft continues to support the adventure game Sea of ​​Thieves with the Mayhem Ship Set expansion that offers players a legendary ship that can be obtained before September 7, 2021.

Crusader Kings 3 Coming to Xbox for the First Time

Studio Paradox Interactive Crusader Kings III comes to Xbox for the first time in the series’ history, with Xbox players waiting for medieval political intrigue when it comes to Xbox Series X | S soon. When it is due to be released on September 7, 2021, sometime next year, it can be obtained by destroying opponents’ defenses, specifically the catapult.

Psychonauts 2 finally releases 6 years after it was announced to continue the game’s story where the VR-specific in the Rhombus of Ruin segment ended, where the members of the Psychonauts embark on a journey to find out the mastermind behind the kidnapping of their boss. And now for the official launch presentation of the title.

Cinematic view of Neverwinter Jewel of the North

The bustling city of Neverwinter is gearing up to welcome new and veteran players to the highly anticipated update titled The Jewel of the North, which officially launches today, where you can explore the Protector’s Enclave once you’ve completed the initial missions, and find different exciting locations.

The first gameplay demo of The Gunk has been revealed

The Gunk got its first official gameplay trailer with the title confirmed to be released this coming December, and the game uses Smart Delivery to provide the best support for all Xbox platforms. On Xbox One, you can expect a stable experience at 30 frames per second, 60 frames and 4K resolution support on Xbox Series and PC.

The Mercedes-AMG ONE inspired by the Formula 1 car of the Mercedes team that has dominated the world championship for seven consecutive years, as well as the 2021 Ford Bronco Badlands off-road car, are on the cover of the highly anticipated Forza Horizon 5 car game coming in November this year.

The highly anticipated racing game has received a lengthy review of the first 8 minutes and touches on the design of the virtual world of Mexico, the distinctive cars that await players and the intense races that highlight the personality of each driver.