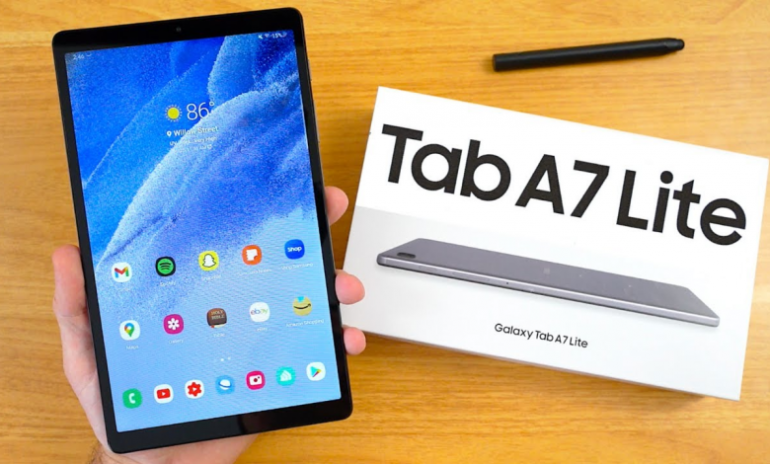 Android 12 for Galaxy Tab A7 Lite based on One UI 4.1 interface starts rolling out

Last May, the Samsung Galaxy Tab A7 Lite was announced with One UI 3.1 based on the Android 11 operating system.

Today, according to the sources, the tab receives the Android 12 update with One UI 4.1, which brings significant improvements in addition to the July 2022 security patch.

Android 12 for Galaxy Tab A7 Lite

This new update brings an updated user interface and the usual Android 12 and One UI 4.1 versions to the Galaxy Tab A7 Lite, the firmware bearing the build number T225XXU1BVGB and being released for the sporty model code (Galaxy Tab A7 Lite SM-T225) in Hong Kong and Germany.

We hope the rollout will expand to other models and regions soon, and for users in Hong Kong or Germany if they haven’t received the Android 12 update on their Galaxy Tab A7 Lite yet, they can check it manually by going to Settings > Software update menu.

The Galaxy Tab A7 Lite comes with great specifications, including an 8.7-inch TFT screen with FHD + resolution and 1340 x 800 pixels display quality, with a density of 179 pixels per inch and a screen-to-body ratio of 81.1%.

It weighs 366 grams for the Wi-Fi version, and 371 grams for the LTE version that supports up to 4G networks, and the tablet works with the Helio P22T eight-core processor from MediaTek.

It comes in two versions in terms of RAM and storage capacity, the first 3 and 32 GB, and the second 4 and 64 GB and supports the installation of external storage.
The rear camera is a single 8-megapixel lens, supports auto focus and captures 1080p videos, and the front camera is 2-megapixel.