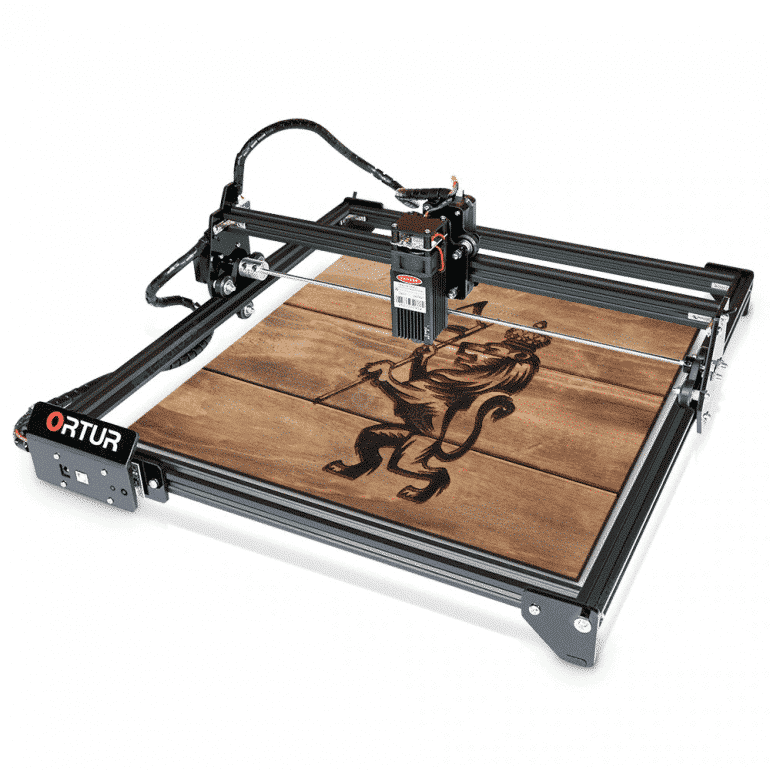 It could preprocess 32 instructions, support baud rate as high as 921600, more powerful.

There is a G-sensor on the motherboard, if the machine detects unauthorized movement, the laser beam will stop.

If your computer system halted or USB cable disconnected, led to that the laser engraver stops moving, the laser beam will stop, to prevent fire.

If laser engraver is under control, but users forget to operate and keep the laser beam working, extra safety will cut off in case the motor stopped moving, to prevent fire.

● Please wear goggles when operating the laser engraver. Wear safety goggles to avoid blindness.
● Please do not touch the laser emitter with your hand, or it may burn your hand.
● Please avoid strong impact on the machine.
● Children under 14 are not allowed to use this product and children over 14 need adult supervision.
● The light engraving machine can not be directly applied to any mirror reflecting object, which may cause injury to the operator or burn the laser.
● This product is not recommended for industrial cutting due to its high engraving speed.