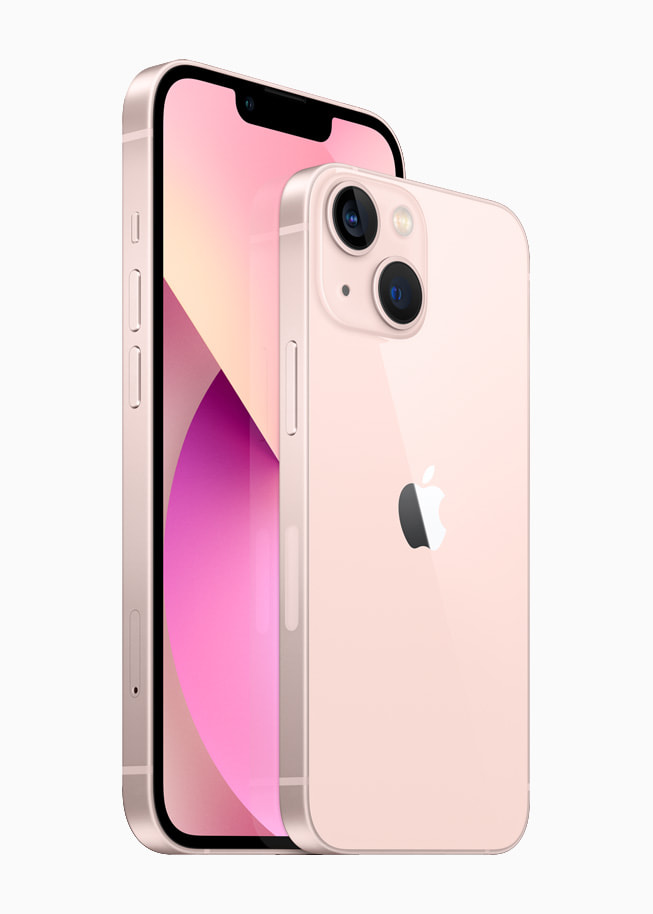 Apple unveiled the iPhone 13 at the event that started today, as the new version came with a smaller camera bump, and a larger battery capacity.

The iPhone 13 launches today with a design that mimics the version of last year’s iPhone 12, but the new version appears in a smaller size for the bump of the camera and Face ID by 20%, and the rear camera also comes with a new design.

Apple iPhone 13 offers a larger battery capacity, a feature provided by Apple also in the iPhone 13 mini version, and both phones come with a greater screen brightness.

The processor also comes with improvements in the neural engine to enhance the technology of artificial intelligence and machine learning in the phones, and in the camera settings, Apple introduces the iPhone 13 with a new sensor with ultra-wide viewing angles, and new lenses, which is the largest foot sensor from Apple so far.

The sensor also comes with a larger pixel size, with sensor-shift technology to enhance optical stabilization, a system introduced for the first time in the iPhone 12 Pro Max. That this system works to keep track of the characters in the registry.

The iPhone 13 supports 5G networks, as it supports up to 200 mobile networks in 60 countries around the world.

The iPhone 13 mini starts at $699, while the iPhone 13 starts at $799, and the phones are available in black, silver, red, blue, and pink colors, to go on sale starting from September 24.