Samsung is preparing to launch the Samsung Galaxy S22 series sometime in the first quarter of next year 2022. The leaks have already revealed to us many details about the series phones, as we got to know some specifications along with the actual images of the Galaxy S22 Ultra, which is the best and most Famous because it will replace the Samsung Galaxy Note series forever

The phone was spotted on the FCC certification website with model number SM-S901U. Unfortunately, the certificate does not reveal many details about the specifications of the Samsung Galaxy S22 except for the contact information, as the certificate indicated that the phone will support Wi-Fi 802.11a / n / ac / ax, and Bluetooth technology with NFC, 5G, LTE. The certificate also displays a new LED flash.

Other specifications of the phone based on recent leaks include a 6.06-inch Full HD Plus screen, while the Galaxy S22 Plus will have a 6.55-inch screen. We can expect the phones to support a refresh rate of 120Hz. The devices will have a punch-hole camera hole in the top center of the screen. According to a recent report, the device will have the same 10MP sensor found in the Galaxy S21 series.

Today, a new leak revealed wallpapers for the Samsung Galaxy S22 phones so that you can download them if you wish. Through the images we can see how Samsung does not diversify the usual appearance of wallpapers that come pre-loaded on its flagship devices. The Samsung Galaxy S22 Wallpapers show patches of sand in different colors, and one of them is suitable for dark mode as well.

Although it was leaked early, the resolutions of these wallpapers are not low, there are three of them at 2340 x 2340 pixels and dark at 3072 x 3072 pixels, so they could look great on any device you might decide to use them on. If you are using Android 12 and One UI 4.0, you can also use the colors from the background for the system theme and icons. 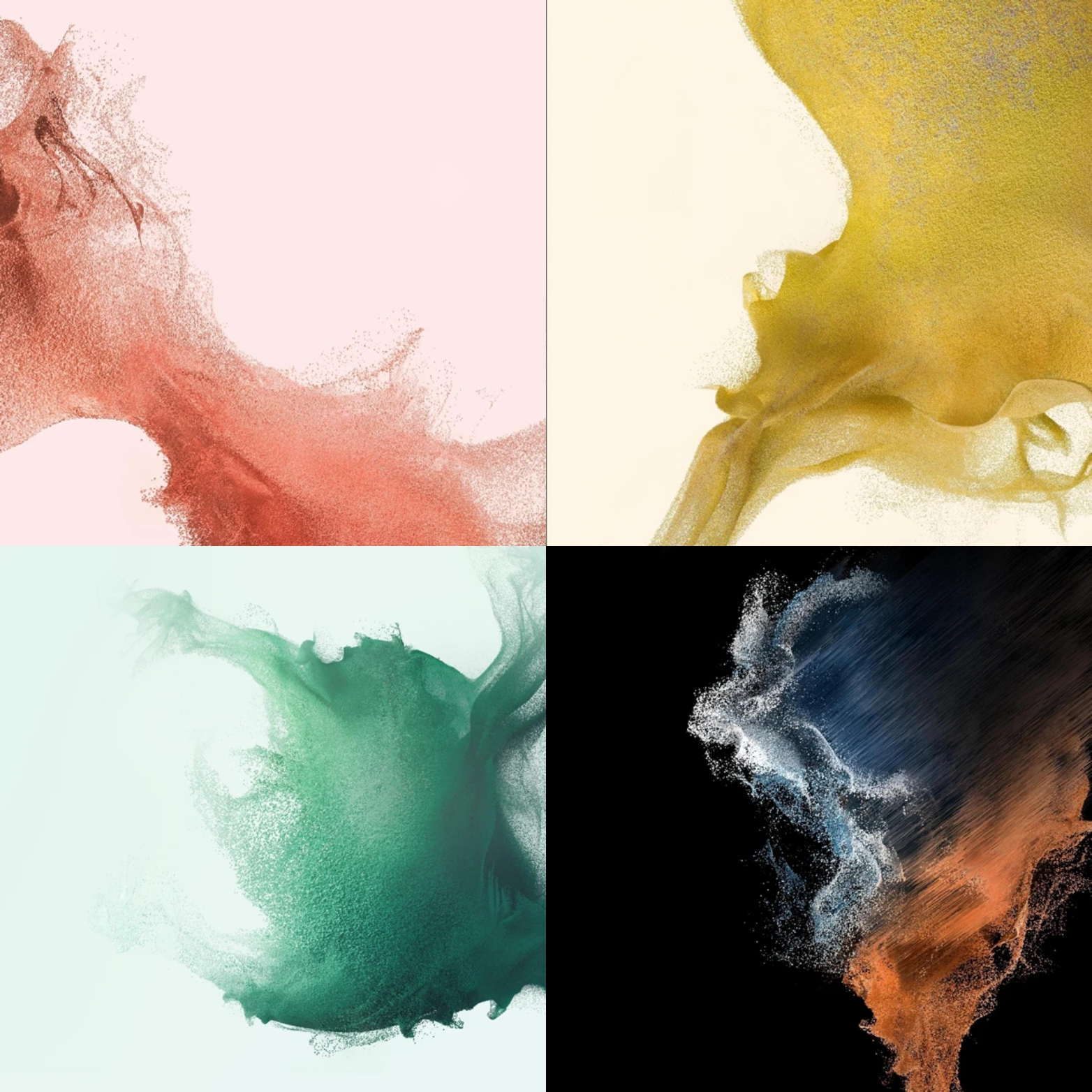 If you like those wallpapers, please share it with other communities and forums. Don’t forget to join our telegram group for more wallpapers, Themes, Ringtones Update