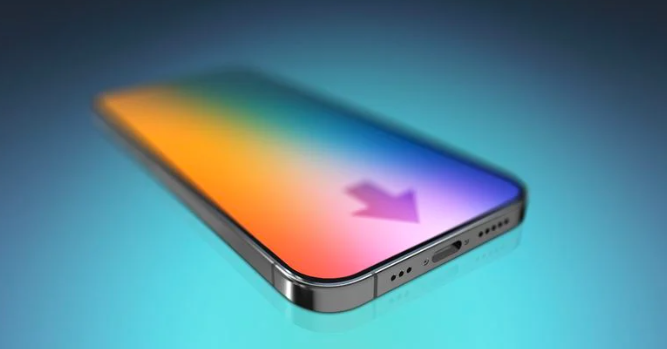 A new report from “Bloomberg” revealed that Apple has started testing iPhone models that include a USB C port as an alternative to the current Lightning port.

Several leaks over the past years have indicated Apple’s plans to move to adopting the standards of USB C ports in the company’s versions of the iPhone, and again, reports confirm the company’s plans to adopt these ports soon in the iPhone phones.

The new report came from Bloomberg via “Mark Gurman”, who confirmed that the iPhone phones this year will be the last versions of the iPhone series with Lightning ports, as Apple begins to adopt USB C ports starting in 2023.

This report confirms details recently published by analyst Ming-Chi Kuo, who indicated that the iPhone 15 series will be Apple’s first USB C release.

Many analysts expected this step from Apple in the past, especially after the tech giant introduced the first iPads with a USB C port, but Apple continued to use Lightning standards in iPhone phones.

On the other hand, analyst Kuo explained in his report that the European Union will be one of the reasons that push Apple to replace the Lightning port, as the European Union plans to compel all smartphone developers to use USB C ports in smartphones starting next year, so it is expected that Apple will adopt These standards are in iPhone and iPad phones, as well as AirPods headphones as well.

It is noteworthy that the standards of USB C ports support smartphones with a number of features, foremost of which is the feature of fast charging technology, as well as faster data transfer, and it is expected that this transformation will support Apple in enhancing the integration of Mac and iPad devices with iPhone phones.

Read also: List of iPhones and iPads That Support iOS 16 and iPadOS 16 Updates