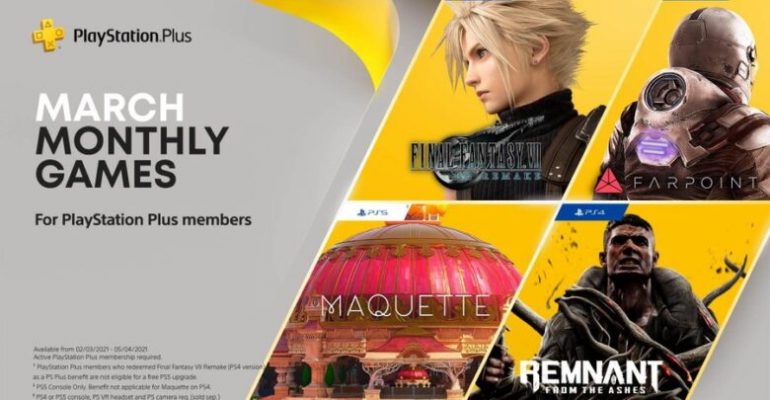 Sony officially announced the list of games for the month of March 2021 for PS Plus subscribers, which already includes the games mentioned below and will be available for players from March 2 until April 5.

Yesterday there were news and rumors that Final Fantasy 7 Remake will be a PS Plus game for next month.