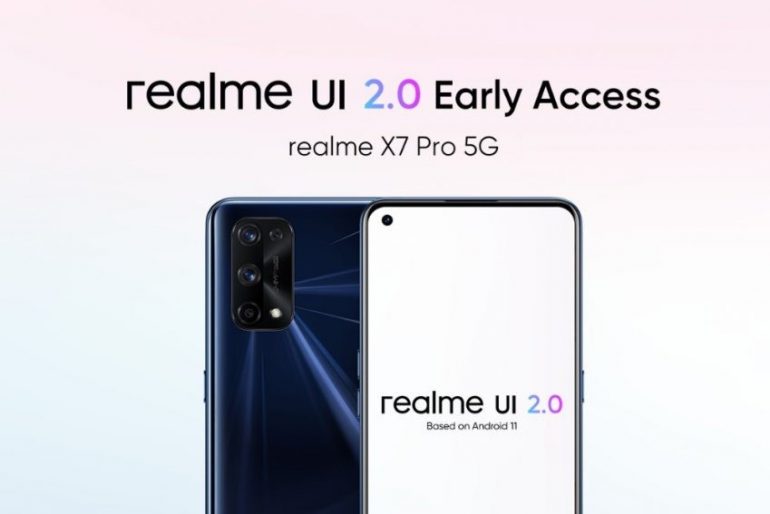 In early February of this year 2021, realme X7 Pro was launched in India, and just like the original version that was released in China last year, the Indian variant also appeared with an old realme UI operating system running Android 10.

Now, just over two months after its launch, the Realme brand has started recruiting and equipping the beta for the latest Android 11 operating system.

In early March, realme revealed that the realme X7 Pro will be part of the realme UI 2.0 Early Access program in the second quarter of 2021.

As promised, the company has opened registrations for testers. According to the official announcement posted on realme community, interested users should run the latest firmware with version number RMX2121PU_11.A.14.

Not all users will be eligible to try Android 11 on realme X7 Pro, because the brand has only allocated a limited number of seats and has not mentioned the amount. Hence, availability of seats will depend on FCFS (First Come First Serve).

In any case, it’s worth noting that you can revert to the stable channel if you don’t like realme UI 2.0 Early Access architecture. But this process will wipe the device’s internal storage.

If your application got selected then you’ll receive Realme UI 2.0 based Android 11 update on your Realme X7 Pro 5G. Usually, Realme will provide the OTAs on a first come first serve basis, so, apply now to get the new update.