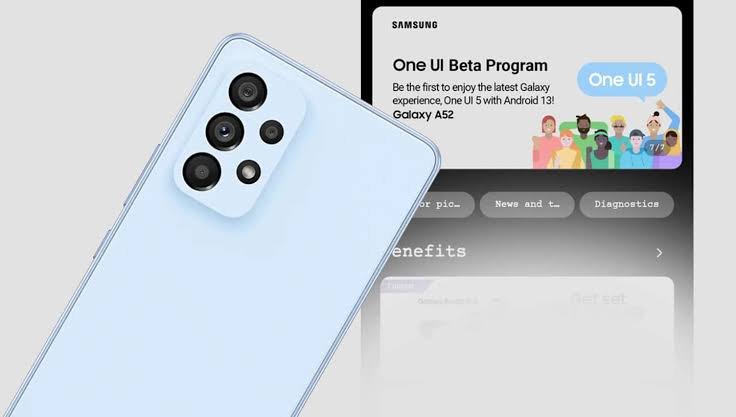 Samsung Galaxy A52 has started receiving the update to Android 13 with One UI 5.0 Beta in India with firmware version “A525FXXU4ZVIC” which has a download size of 1.9GB.

This new version of the program includes a lot of new features, which allow you to highlight a new improved color palette for UI customization, stacked widgets, separate wallpapers for each contact and the ability to configure the language of each application.

This update also gives you, the option to edit the set of lock wallpapers, customize the space bar row of the Samsung keyboard and extract text from photos or directly through the camera.

The company has also improved the design of notifications, quick settings, and the Samsung DeX shopping interface with new physical gestures, keyboard shortcuts, and search within the My Files app, where you can now search for information within photos and documents.

With this new firmware version, the Samsung Camera app has improved stories and filters and simplified certain tasks such as zooming in with a finger, returning to photo mode, and using the telephoto camera in food mode.