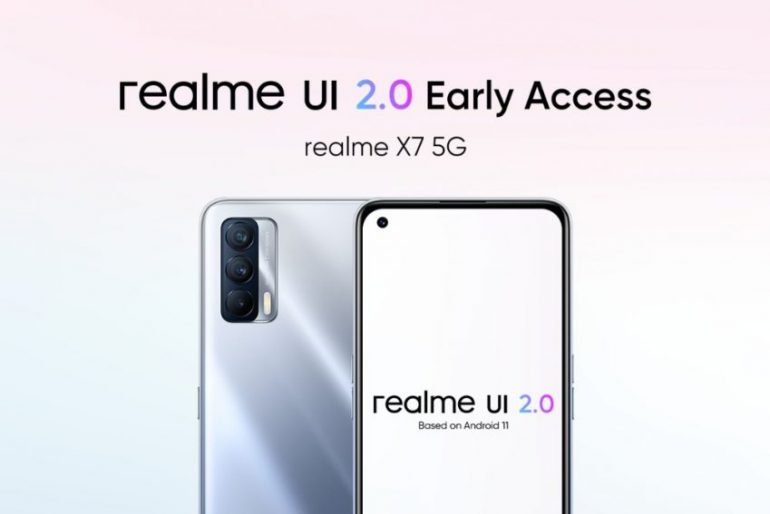 Realme X7 Starts getting Android 11 Based On Realme UI 2.0

Realme, the leading Chinese mobile phone maker, launched its Realme X7 in India in early February for the current year 2021, along with realme X7 Pro.

It appears that, unlike the original model sold in China, the model available in India is the renamed Realme V15 5G 15G.

Despite its launch in 2021, this device made its debut with realme UI based on Android 10. Now, three months after its launch, the limited users of this smartphone can finally enjoy the latest Android 11 operating system.

Last March, at the end of the first quarter of this year, realme revealed that both realme X7 and realme X7 Pro will receive the realme UI 2.0 Early Access update in the second quarter of 2021.

Indeed, just as promised, the brand delivered the update for the latest phone last month, and now the company has opened registrations for the previous phone. Also, according to the official announcement post on the realme community, realme X7 users must run any of these following programs to register for Early Access:

If interested users are using any of the above firmware, they can head to Settings> Software update> Gear icon> Trial version> Apply now and send the details to register themselves in realme UI 2.0 Early Access Android 11 based initiative.

Once selected, realme will roll out beta software via OTA, and if users are not satisfied with the experience, they can roll back to Android 10 but this process will wipe their device’s internal storage.

What do you think of Realme updates? Did you like the Realme X7 and X7 Pro phones? Are you thinking of owning it? We shared the comments.