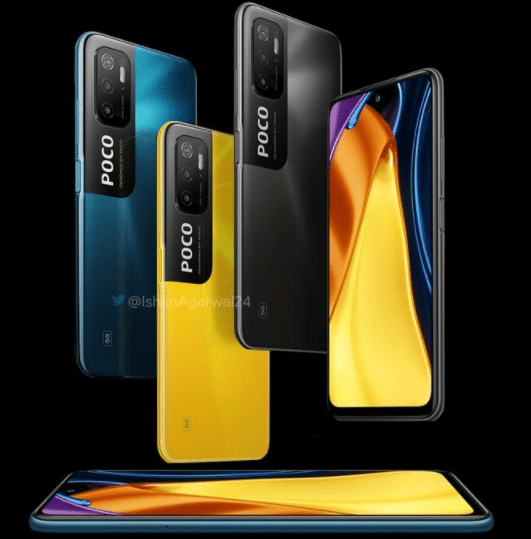 The POCO M3 will get a new Pro version that will be supported by the 5G network. Reportedly, this version, the POCO M3 Pro 5G, will be launched on May 19, however leaked images have appeared on the Internet that give us a look about it.

As shown in the photos posted by Ishan Agarwal, the POCO M3 Pro 5G will come in three colors; Black, yellow and blue, and it will come with a screen with a dedicated hole for the front camera on the top. 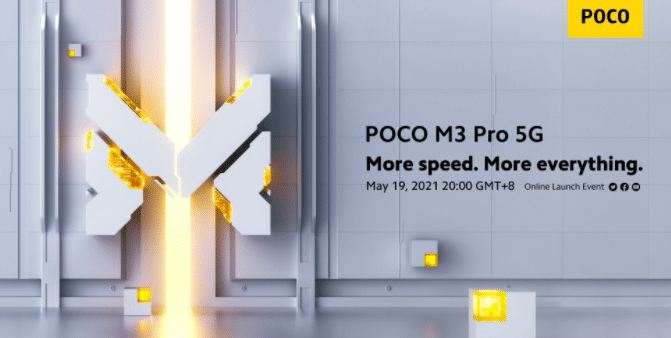 From the back, the POCO M3 Pro 5G has three rear cameras, including a 48-megapixel main camera with an LED flash, and we can see a fingerprint sensor installed on the side.

The manufacturer has confirmed that the phone is scheduled to launch at a global event on May 19, and the launch event will be broadcast live on Facebook, Twitter and YouTube.