After the massive success of the first Galaxy Chromebook, Samsung has finally opened the pre-purchase date and official availability of the new Galaxy Chromebook 2, a new generation that is being offered as a less expensive alternative to the first original, with slightly fewer but interesting features.

The first thing that surprises us about the new Galaxy Chromebook 2 is the fact that despite maintaining a 13.3-inch touchscreen, its resolution will be reduced to Full HD (1920 x 1280 pixels) supported by Samsung’s QLED panel technology, unlike the 4K AMOLED screen we saw. In my first Galaxy Chromebook.

What it will hold is its premium aluminum frame, with extremely low thickness and weight; Plus a redesigned backlit keyboard with wider keys and a stylus holder with 4,096 levels of pressure sensitivity, perfect for making full use of the multi-touch screen for tasks like taking notes or editing photos.

Like the first generation model, we will have two versions of processors to choose from which is Intel Celeron 5205U or 10th Generation Intel Comet Lake, although this time the device will come under the restrictions of Core i3 instead of Core i5. 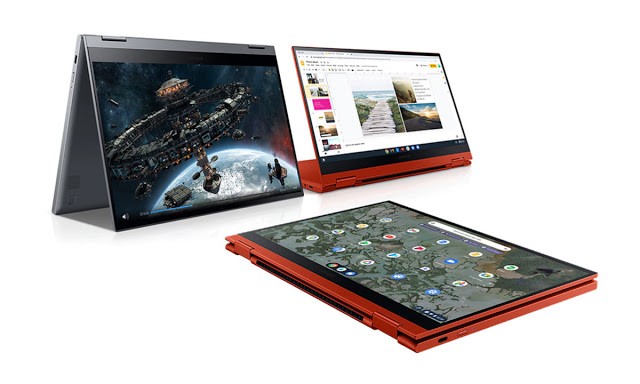 In the same way, since it is a Chromebook and not a laptop to use, what is not surprising is the presence of integrated Intel UHD graphics instead of any type of dedicated graphics card. Although it has 8 GB of RAM and internal eMMC storage up to 128 GB.

With an identical 45.5-watt-hour battery for both options, Samsung has developed an estimated maximum time of 13 hours of use, although it is clear that this independence will ultimately depend on how the device is used by each user.

Pre-orders for the device begin today and will continue for the rest of the month through the official Samsung website. Additionally, all reservations made prior to the launch date will benefit from an additional $ 50 discount. Hence, the Galaxy Chromebook 2 is expected to be available from March 1, and is available in two different colors, Mercury Gray and Fiesta Red, with prices starting at $ 549.99 for its smaller version, and $ 699.99 for the other version.