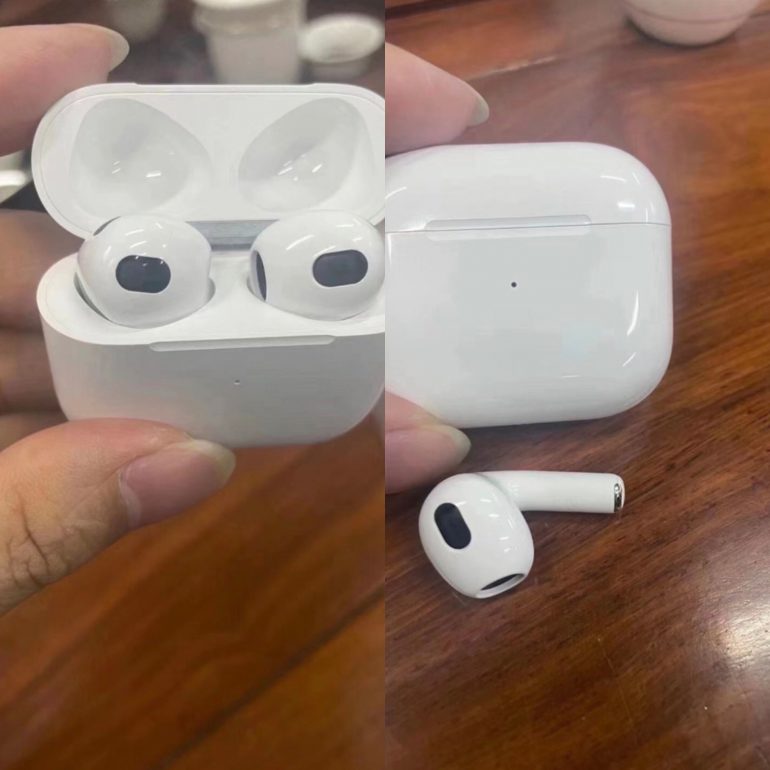 We expect Apple to release a new design for AirPods a long time ago, and photos of alleged AirPods 3 have been shared today.

The design of the non-Pro AirPods has remained unchanged since its launch in 2016, but it’s now clear that this is set to change this year.

Back in December 2016, Apple launched its AirPods for the first time, and the distinctive design quickly became a sight to behold everywhere around the world, with the long torso being one of the design elements that made it easy to instantly recognize.

The second-generation model was released in 2019, with the addition of wireless charging and support for Hey Siri, but the design remains unchanged. Later in the same year, Apple added the AirPods Pro to its lineup, with active noise cancellation.

The AirPods Pro are easily distinguished from previous models thanks to the shorter stem, and this design is expected to carry over to the next version of the standard AirPods. This was first reported by analyst Ming-Chi Kuo and later confirmed by Bloomberg.

The design of the updated AirPods will be similar to the current AirPods Pro with shorter stem and replaceable ear tips. Apple is also looking to improve battery life. However, this model will not have high-end AirPods Pro features such as noise cancellation.

We took our first look at the design of the AirPods 3 last month, and the new renderings were shared today by GizmoChina.

The design is largely in line with previous rendering leaks, which are similar to the design of the AirPods Pro. It appears that the AirPods 3 will have a shorter shank and come with replaceable ear tips, similar to what we saw with the company’s AirPods Pro.

But since the AirPods mimic the design of the AirPods Pro, we expect the latter to be redesigned, as reports suggest Apple may remove the stump completely. However, the report cautions that this is not yet confirmed.