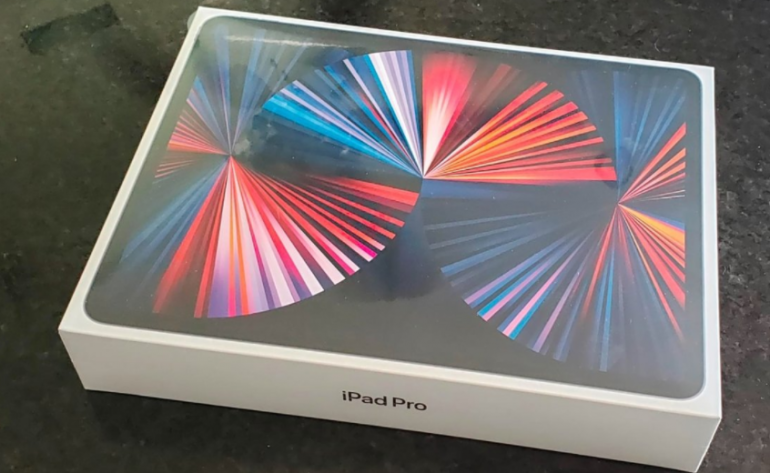 The latest reports have confirmed that Apple is on its way to deliver some pre-order requests for the new iPad Pro, which is distinguished by the M1 chip and the size of the 12.9-inch screen, ahead of the scheduled date of May 21.

Apple introduced the fifth generation of 12.9-inch iPad Pro devices and the M1 processor chip, and Apple confirmed its plans to launch the new version to the market on May 21, and in a monitoring post on “PeterDragon50” on the Reddit platform, an image of the iPad Pro unit was revealed from one of the outlets. Sale.

The user has confirmed to MacRumors that he has already received his iPad Pro unit, but some expectations indicate that this unit has been registered for pre-ordering it very early.

On the other hand, the Apple website has so far confirmed that the device will start shipping in the second half of May, while some data spotted on the Apple website indicated that the 12.9-inch iPad Pro will be available in the market on May 21, so it is expected to be delivered. Pre-booking requests for users before May 21.

It is noteworthy that the new iPad Pro was launched with a distinctive mini-LED-backlit screen, the size of the 12.9-inch screen, which was launched with the 11-inch premium version, the devices also support connection to 5G networks, and also supports communication via Thunderbolt, which is the first version to launch with the Apple M1 chip Which was presented during the last period in Mac computers.