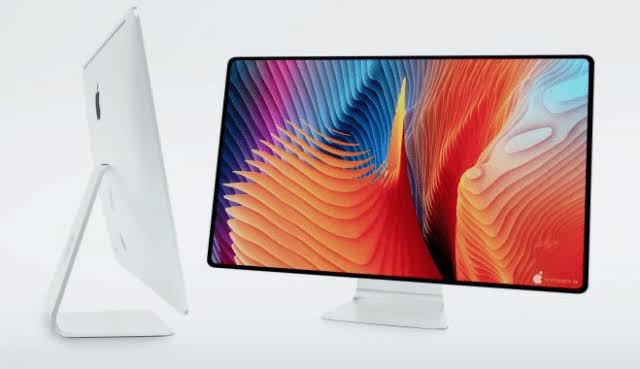 The famous l0vetodreamh  leak said yesterday that the upcoming iMac redesign will feature a larger screen than the current iMac lineup.

Apple currently sells the iMac in two sizes; 21.5-inch model and the last 27-inch model. The leak suggests that the new iMac will have the largest screen from Apple to date, and thus it will exceed 27 inches. Perhaps Apple is looking to match the Apple Pro Display XDR and create a 32-inch All-In-One!

The new iMac is expected to be radically redesigned, as the current industrial design of the iMac dates back nearly eight years with extremely large screen bezels and a slanted body.

And the new iMac may take design cues from the 2018 iPad Pro aesthetic, with lower edges and flatter sides. In January, Bloomberg said the iMac would look similar to Pro Display XDR.

We’ve heard persistent rumors that the 21.5-inch iMac will upgrade its screen to 24 inches as part of the redesign, resulting in a device the same physical size as the current iMac thanks to the supposed shrinkage of the display’s frame. (Apple actually built the 24-inch iMac more than a decade ago, before the iMac switched to an aluminum housing.)

The new iMac lineup is expected to appear sometime in the next few months, and includes the next-generation Apple Silicon chip. We’ve already seen Apple stop offering the high-end iMac Pro as well as selling multiple BTO configurations for the 21.5-inch iMac, as it prepares for a product overhaul.